The lessons of Obama’s re-election 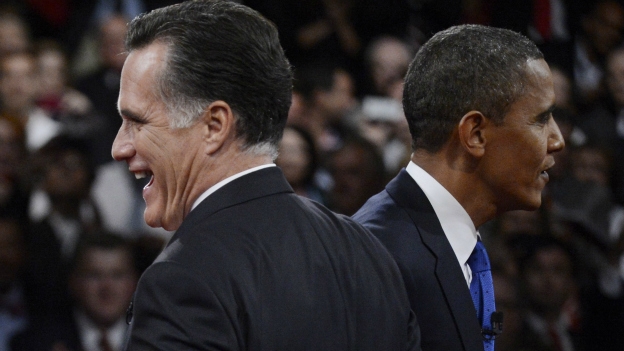 One of the most surprising aspects of Barack Obama’s re-election was how uncertain that outcome was. How could it be that Obama, who only four years ago aroused such enthusiasm across all regions, social classes, races, religions and economic sectors, was now reduced to begging for votes door to door in what looked like a tight election with an uncertain winner? The bad economy is the obvious answer. But the president’s low-energy defense of his record, his reluctance to explain more vividly the political constraints which limited what he could actually achieve and his reticence to remind voters of the grave and multifaceted disaster he inherited, were also very surprising characteristics of his campaign.

Yet, he won. And Obama’s victory also contains interesting surprises. One, is that money was not the defining factor. Both candidates had lots of it thanks to the Supreme Court’s questionable decision to allow unlimited funding for political causes by private groups and individuals. As a result, this was the costliest campaign in US history. But in the end, the only beneficiaries were the media companies who profited hugely from political advertising, as well as the companies specialized in selling electoral services to the campaigns. The money did not change the results as both campaigns reacted swiftly and effectively, each raising unfathomable — and roughly equivalent — amounts of money.

Nonetheless, The Supreme Court’s decision still creates a socially undesirable situation as it makes it impossible for candidates without an enormous fundraising machinery to have a shot at being elected, while giving disproportionate influence to people and organizations with money. On the other hand, however, the negative consequences of the Citizens United decision of the Supreme Court are now so evident that perhaps the chances of reforming campaign finance rules are actually higher.

But while money did not determine the result, technology did have a huge effect. “Big Data” was the most powerful weapon in this election, and in this the Obama campaign had a clear advantage. Its capacity for collecting specific data on voters, their preferences, hopes and grievances, and for transforming this avalanche of data into concrete actions that prodded people into voting, was extraordinary.

Here is a revealing email which I received from one of my readers a few days before the election: “It’s very easy, and you can do it from anywhere with your cell phone — and even in Spanish, if you want. Just click www.barackobama.com and open an account as a volunteer. They will give you a list of names and phone numbers, along with some information about each person you will be calling. You can call to any city in any state and have a direct impact. I have just now convinced a lady in Virginia to take her parents out to vote, and my friend (sitting here in a coffee shop with me) has just talked to an undecided voter in Pennsylvania, and persuaded him to vote for Obama.”

Another Obama volunteer who went house-to-house in Ohio explained that she did not pick at random the doors she called at. She knew exactly where to go, the name of the person she was looking for, and the message that she ought to convey in each case. Most of the individuals whose homes she was visiting were not undecided or Republican sympathizers but, rather, Obama’s supporters. Her mission was to ensure that they would actually vote on election day. To do that she relied on arguments that through research, data mining and micro targeting were thought of being the most effective in mobilizing that specific voter.

From now on it will be difficult to win an election without a massive and ever more sophisticated use of these techniques.

In the end, however, the most important factor in determining the result was not money nor technology, but the personality of the candidates and the policies and social groups they represented. It is clear that if it is to win national elections, the Republican Party must rethink its platforms, tactics and organization; a conversation that is now actively taking place among Republicans.

Thinking about that is more fun and easy than deciding how to strip power away from the extremists in the party whose ideas and influence alienate large numbers of Americans. Soul searching is also easier than actually curbing the influence of the members of the party’s elite who enjoy a good life being in the opposition. For many Republican leaders and for the agents of great influence in the party, like talk show hosts and media outlets that cater to the Republican base, the “out-of-power status quo” is not just tolerable but for some it is also very lucrative. And this ought to be as surprising as it is unacceptable to Republicans who want their party to have a shot at governing the United States again.